AFC Conservation Artist of the Month for August, 2020

Laurie’s passion for wildlife is evident in her detailed, award-winning paintings. Much of her life has been spent immersed in the beauty of nature and wildlife observation. Through volunteer work with various organizations, Laurie engages in efforts to promote habitat preservation and to allay abuse of animals.

“Much of my time has been spent on projects with organizations which, among other concerns for the well-being of human and animal residents of the Pacific Northwest United States, seek to stop the military’s killing and abuse of area wildlife on land and in the Salish Sea.” Laurie has also volunteered extensively as a veterinary assistant at a rescue shelter, is a copy editor for a prominent wildlife rescue organization, and has included the Sarvey Wildlife Care Center in Washington State prominently in her will. She has donated several large paintings to the Wild Animal Sanctuary in Colorado to use for fund-raising, as well as donating part of her art proceeds to Center Valley Animal Rescue in Quilcene, WA. “Of course I also pledge to donate a portion of the sales of my artwork to Artists for Conservation, and fully share its mission.”

Laurie was fortunate in her teen years to be tutored by a nature artist from the Wedgewood Company of England, and had her first one-person gallery show at the age of 16, in Morristown, New Jersey. She then received a scholarship to study art and music at Marlboro College, Vermont. As a young adult, Laurie explored graphic arts, illustration, and jewelry making, selling at East Coast and Colorado fine craft shops, galleries, and major art fairs for many years. Laurie is also an accomplished professional harpist and winner of a Lifetime Achievement Award in harp performance, and a pioneer in the teaching and practice of therapeutic music as a bedside service in hospitals.

Her paintings have been shown in galleries in the discerning art communities of Sedona, Tubac, and Jerome, Arizona; and in Seattle-area galleries and juried shows. She has been sought to adjudicate shows for regional art organizations. Her work was featured on the cover of the June 2007 issue of the Journal of the American Veterinary Association. Her painting “Iguana” won Best in Animals and Wildlife category in the 2019 online exhibition of the International Guild of Realism and will be included in the 2020 AFC exhibition. 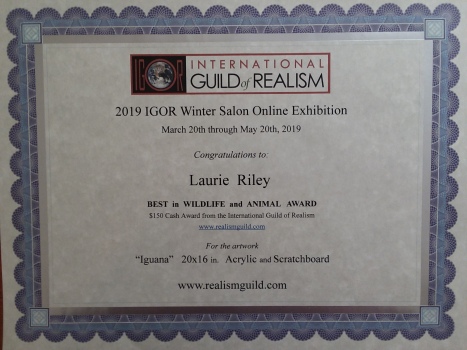 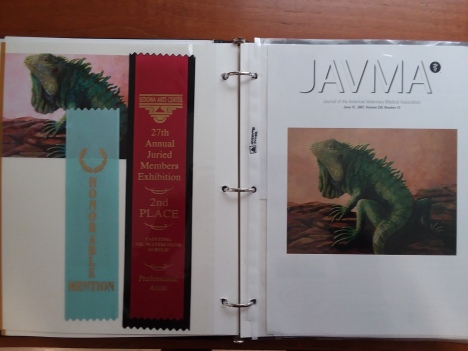 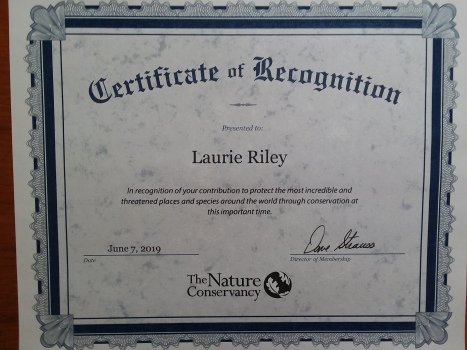 Artists for Conservation Artist of the Month, July 2020 – see artistsforconservation.org